How to run Docker and get more sleep than I did

Bugs in Gusto’s codebase mean that people don’t get paid. Mortgage payments, college tuition, child support—they all rely on accurate, timely paychecks. That’s why we need tens of thousands of tests across Ruby, Python, and Go, to run on every commit.

Our heavily Dockerized continuous integration (CI) pipeline helps us do this, at-scale, for all of our repositories.

I started writing the best-practices list below after hundreds of hours and many late nights spent staring at logfiles, fixing Docker breakages, and troubleshooting buggy code. It’s been pretty helpful to other Gusto engineers, and I hope it is for you too.

I thought I was seeing things one night.

I was debugging ActiveRecordDoc’s integration with our Docker-based continuous integration (CI) pipeline. ActiveRecordDoc is a homegrown Ruby gem that validates PII-related fields we have on most of our database tables. Unfortunately, the CI step that ran the gem’s Rake tasks was randomly hanging, making the test suite extremely flakey for the entire engineering team, reducing iteration velocity, and harming confidence in deploys.

After spending most of the evening digging through logs, I decided to try running the exact same script locally. I eventually saw my local terminal hang the same way as the CI step.

I tried to repeat the process—but it worked fine, over and over again.

I tried nine more times. The script finally hung right before it was supposed to execute a special Ruby function. I kept my hands off the keyboard, and the script stayed hung.

I cautiously hit the “Up” arrow.

Reading through the code, it looked like the hanging Ruby expression needed to output the name of every single loaded Rails model class on a single line. This was easily 300,000 characters sent to STDOUT at once. I wondered if the raw quantity of characters on a single line was causing an issue. I stopped logging the line, and the flake mode stopped.

My best guess is that some buffer in the kernel wasn’t getting flushed normally, which effectively served as backpressure on the Docker process’ execution as a whole. Somehow, sending any input flushed the buffer and continued execution. Some Googling revealed a few similar bugs (here, here, and here) that were never fully resolved.

I got around this for ActiveRecordDoc by adding a SafeLog Ruby function that would chunk the output if a single line exceeded 10,000 bytes. The flakes were fixed. Great! 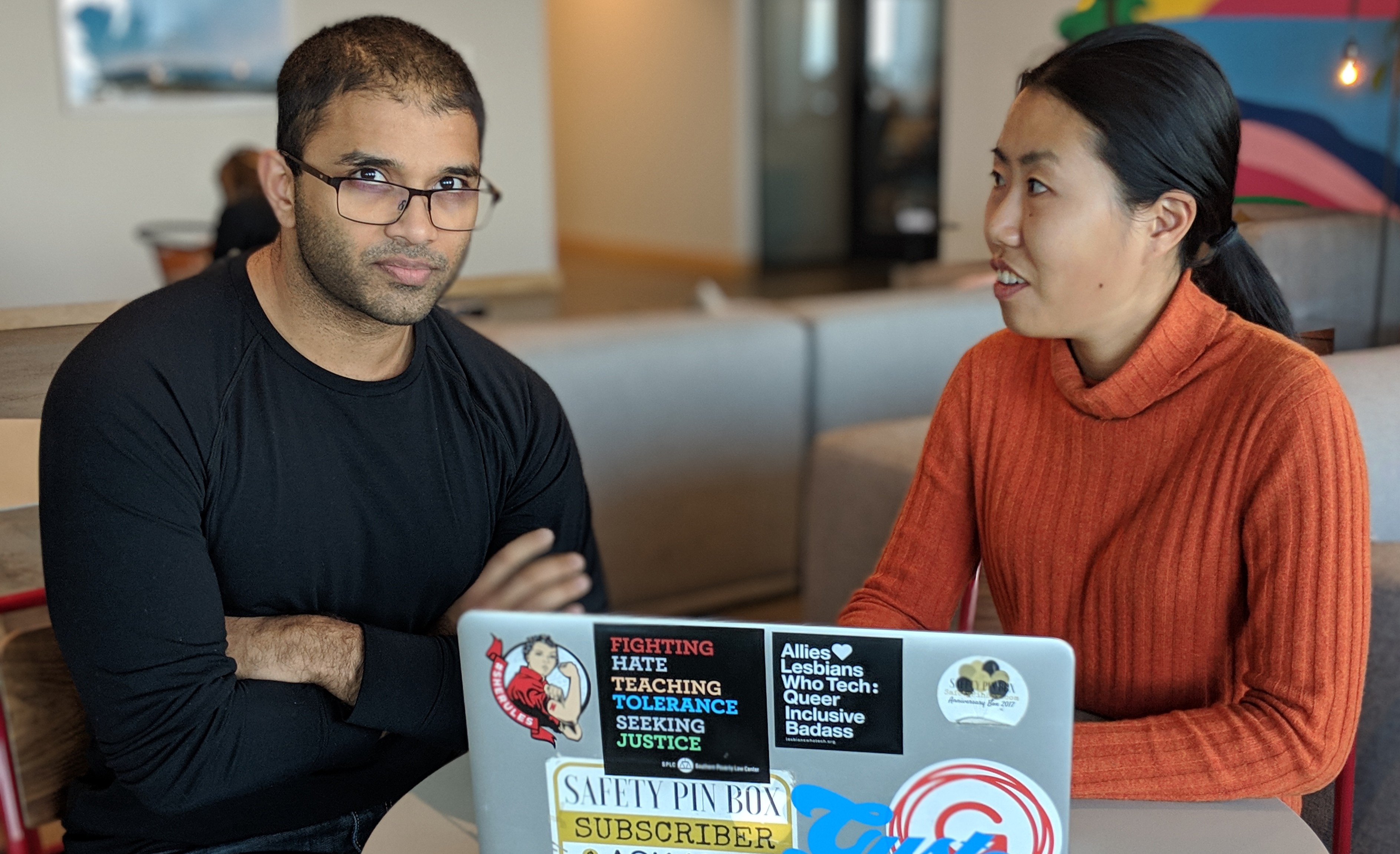 Dramatic recreation: When we find a bug

Docker provides a mechanism for defining, instantiating, and maintaining isolated execution environments. We think of Docker containers as heavier weight than processes, but lighter weight than true virtual machines. They excel at helping us run CI, generate reproducible environments, and better utilize host resources for deployed apps. Because they are not completely isolated—for example, sharing UIDS/GIDS with the host system (but only on host systems like Linux that support UIDs/GIDs)—they can be challenging to durably use when orchestrated.

Image: Immutable binary blobs stored on-disk or in Dockerhub that can be instantiated into “containers”. docker images.

Host System: The "underlying" system that is running a docker container. If you're running Docker containers on your laptop, the laptop is the host system.

Volume: A filesystem that a docker container is able to access. A container can share volumes with other containers, and the host filesystem. docker volume ls

We once had a CI outage because the mysql default image on Dockerhub got upgraded from 5.7 to 8. The Ruby installation relied on 5.7, which didn’t exist anymore on newer hosts. Some best-practices we derived:

Layers are simply files stored on the host operating system that are composed by Docker’s Union Filesystem driver to generate the final image. Intelligent layer usage can simplify deployment and debugging, while copy-pasting or misunderstanding layers can lead to a lot of needless work.

When we were initially setting up our CI system, we would regularly see failure modes where tests would fail in non-reproducible ways. After a lot of digging, it turned out that a new build’s containerized databases would sometimes connect to an old build’s containerized databases, proceed normally, and promptly read polluted state. We now emphasize isolation pretty heavily with all of our Docker usage to prevent this sort of failure mode from reoccurring.

As we ramped up our Docker usage, we got unexpected “No space left on device” errors on long-running CI hosts. We discovered that Docker images, volumes, and networks are automatically persisted to disk, grow quickly, and are not automatically garbage-collected. We also found that one live container on a host could easily take up too many resources and crowd out other containers if unchecked.

We initially used Dockerhub to store and retrieve all of our images. Unfortunately, Dockerhub writes failed regularly and were a significant cause of CI flakiness. It was also easy to accidentally overwrite images, with no audit trail present. There are SaaS alternatives like Docker Trusted Registry, Artifactory, and others, but they are extremely expensive and we don’t yet need all their features. 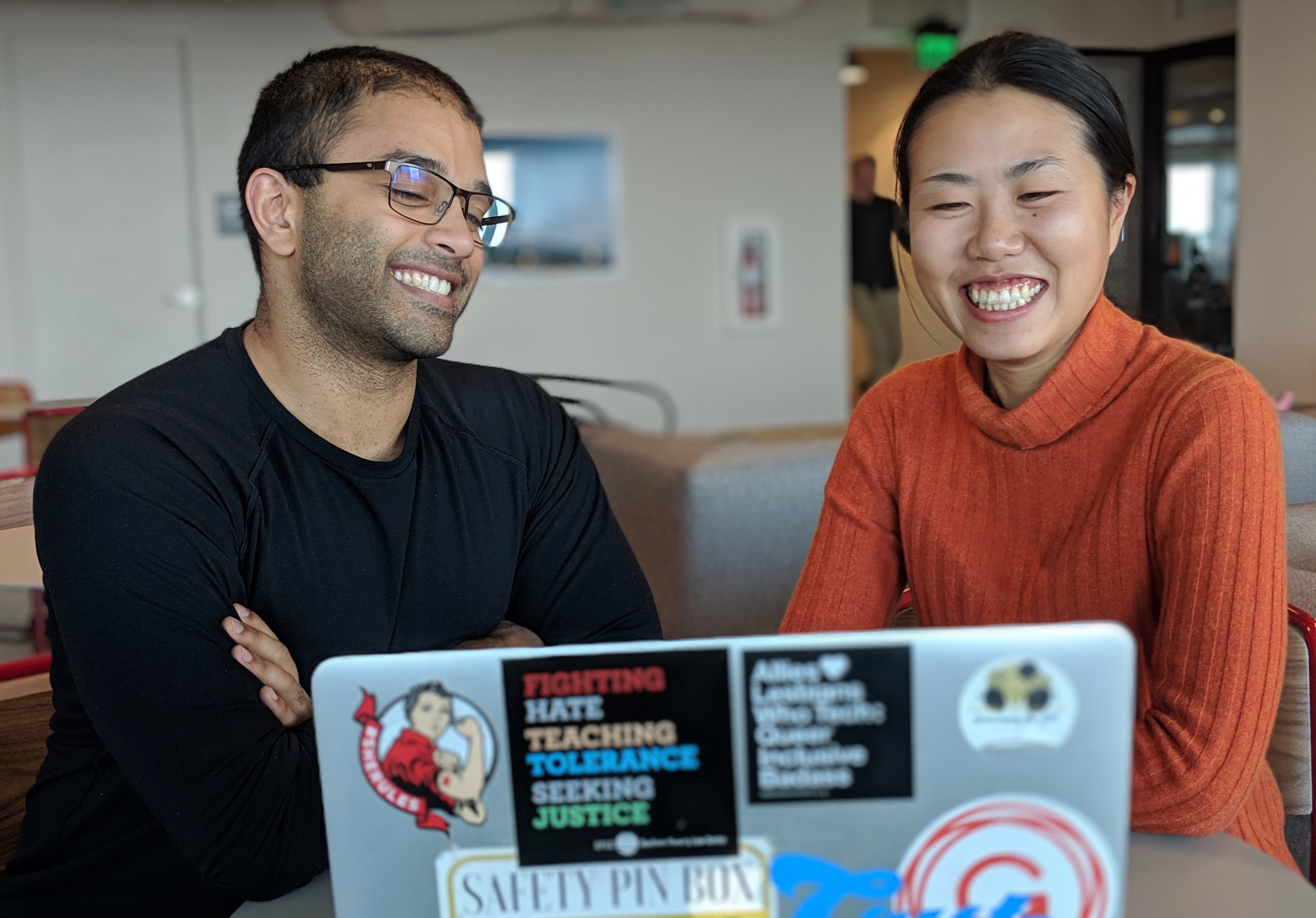 Dramatic recreation: When we fix a bug

When we started, we naively assumed that Docker volumes were a simple solution to a broad class of problems we had around speed, development, and secrets. Unfortunately, we found they turn out to have meaningful challenges around permissioning, speed, and troubleshooting.

There are a lot of corner cases with Docker. Stay vigilant and keep a lookout for weirdness.

Docker has been a great tool to support our self-hosted CI/CD pipeline. It's unlocked significant cost savings (30%+) over cloud solutions, saved engineering time, and helped scale our release engineering workflows. It does have its quirks, but if you manage them effectively, it’s entirely possible to keep your infrastructure stable—and still get to bed on time.

How to get hired as a Product Manager

As a Product Manager and top interviewer at Google, the founder of a venture-funded startup, and a product lead here at Gusto, I’ve interviewed several hundred candidates for PM roles. In this post, I will give you some insight into what I look for in applications and interviews.

Recently, there’s been a lot of buzz about render props over HOCs, but not a lot of real-life examples