Our Latest Cohort of Software Engineers is 50% Female

In celebration of the 2018 Women’s March, we’re kicking off a series of posts highlighting Gusto Engineering team’s diversity and inclusion efforts. For this first installment, we sat down with some women from our 2017 new graduate cohort.

In 2017, Gusto hired their largest new graduate cohort to date, with 10 engineers — 8 in San Francisco and 2 in Denver, and half of these new graduates were women. We interviewed some of them to talk about their experiences at Gusto so far and what advice they have to offer other women engineers starting off their careers.

From left to right: Brittney, Alicia, Diane, and Lucy.

Why did you join Gusto?

Alicia: My main criteria when I was looking for a job was a place where I could learn and grow a lot, and a place with amazing people and culture. For me, Gusto was the perfect size in that it wasn’t too small, where I’d be having to learn everything by myself, but it wasn’t too big where it’d feel bureaucratic. There are still plenty of opportunities and areas where I can feel ownership. As for the people, Gusto definitely goes the extra mile to show how much they value the candidate — it’s not just how well I code but who I am as a person.

Diane: What set Gusto apart from other companies I was considering was definitely the people and the culture. One thing that really stood out to me when I was interviewing at Gusto was I actually had more female technical interviewers than male, which I’ve never experienced before. Representation is important! It really mattered to me during interviewing, and it’s something that I continue to see while I’ve been working here — the fact that our new grad cohort has gender parity is a prime example.

Lucy: Number of women engineers is definitely one of the important reasons that I chose Gusto. While at Gusto, one of my interviewers was a woman engineer, and she told me that the percentage was about 20% at that time. When I got offer from Gusto, I was deciding between Gusto and similar position in a similarly sized company. If I were to join the other company, I would be the 2nd or 3rd women out of around 100 engineers and I was not confident to handle that situation.

What are some highlights of your experience at Gusto so far?

Alicia: One of my favorite experiences as a new grad was definitely the boot camp meant to onboard the new grads starting at the same time. It seemed unusual for a small company to invest in spending so much time to onboard when most would start work the first day, but it really reinforced to me what Gusto values — that we don’t optimize for the short term.

Brittney: My first big project was super interesting technically as well as impactful. I built a portal to bulk upload information about our health care plans, which replaced an old and tedious process. I got to design and implement this project end-to-end, with plenty of help when I needed it. Our internal operations team was really excited about the project because it saved them dozens of hours, so it was really fulfilling to see how immediately impactful my work was for individuals as well as for Gusto as a whole.

Diane: Boot camp was a great opportunity for all of us to feel a sense of community from day one, and we’re still super close and supportive of each other. That was definitely a highlight that I didn’t anticipate. Besides that, being able to own my own project as a new hire and contribute to our September product launch within a month of starting were both very exciting, and demonstrates how much trust Gusto places in their engineers, regardless of seniority.

Lucy: Our September launch was a really exciting moment for me because a bunch of HR features that I’ve worked on for months were released to customers. My teammate Danny and I had a chance to present one of the features, offer letters, to fellow Gusties and investors on the demo day. The presentation impressed one of the investors and he tweeted afterward about how Gusto streamlined hiring and onboarding process for small businesses! 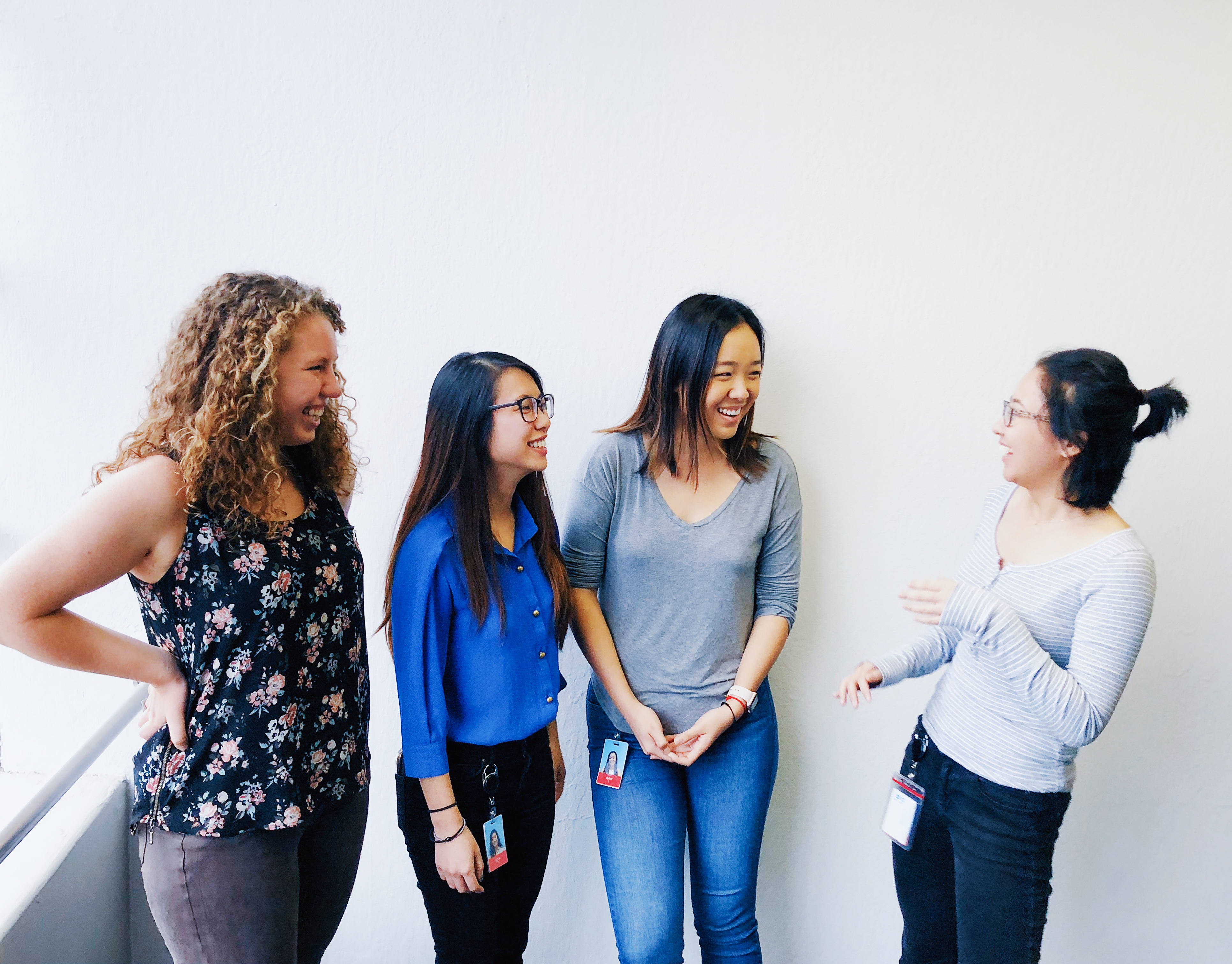 What are some challenges you’ve experienced in your time at Gusto, and how have you resolved them?

Brittney: In previous internships, I was scared of my managers. It felt like admitting I didn’t know something would get me fired. When I started at Gusto, I was a bit stuck in this mindset. At an engineering women’s lunch, one of our senior female engineers explained that we call our managers “People Empowerers” for a reason: they’re there to help you progress in your career, not punish you. After that, I became a lot more open and honest with my PE about what I was struggling with. He helped me identify strategies for improvement as well as understand what I was already doing well. Now, I see my weaknesses as actionable opportunities instead of secrets to hide.

Lucy: I have one-on-one meetings every two weeks with my PE and we spend about 45 minutes talking about how I’m doing and how I want to grow. I can tell that he really listens and tries to support me. A few months ago, I was talking about wanting to have more exposure to backend since I had done quite a few frontend-heavy projects at that time. And later when there was a new project, I was given the opportunity to take on the more backend-heavy part. I feel that my career growth is really being cared for and supported.

What would you say to fellow girls and women who are just getting started as programmers?

Brittney: Don’t feel like you need to be “one of the guys.” If you are naturally, of course that’s fine, but not all talented software engineers look and act like the hackers on TV or that guy in the high-level computer science classes who always uses vocabulary that you don’t know. There’s room for femininity and vulnerability in tech.

Diane: I think that when you’re just getting started, it’s very easy to feel intimidated and like you’ll never get to the level of everyone else that you see around you. The thing is, everyone was once a beginner — there are so many great mentors out there who have traveled the exact same path you are just starting out on, and are more than willing to guide you.

Lucy: There is a study showing that when a problem happens, men tend to blame outside factors like the environment while women tend to blame themselves. But please don’t feel that you’re less talented than others when you encounter difficulties when you start your career. As far as I know, everyone has feelings of being overwhelmed more or less and has a lot to learn at the beginning. Experience will be built over time. 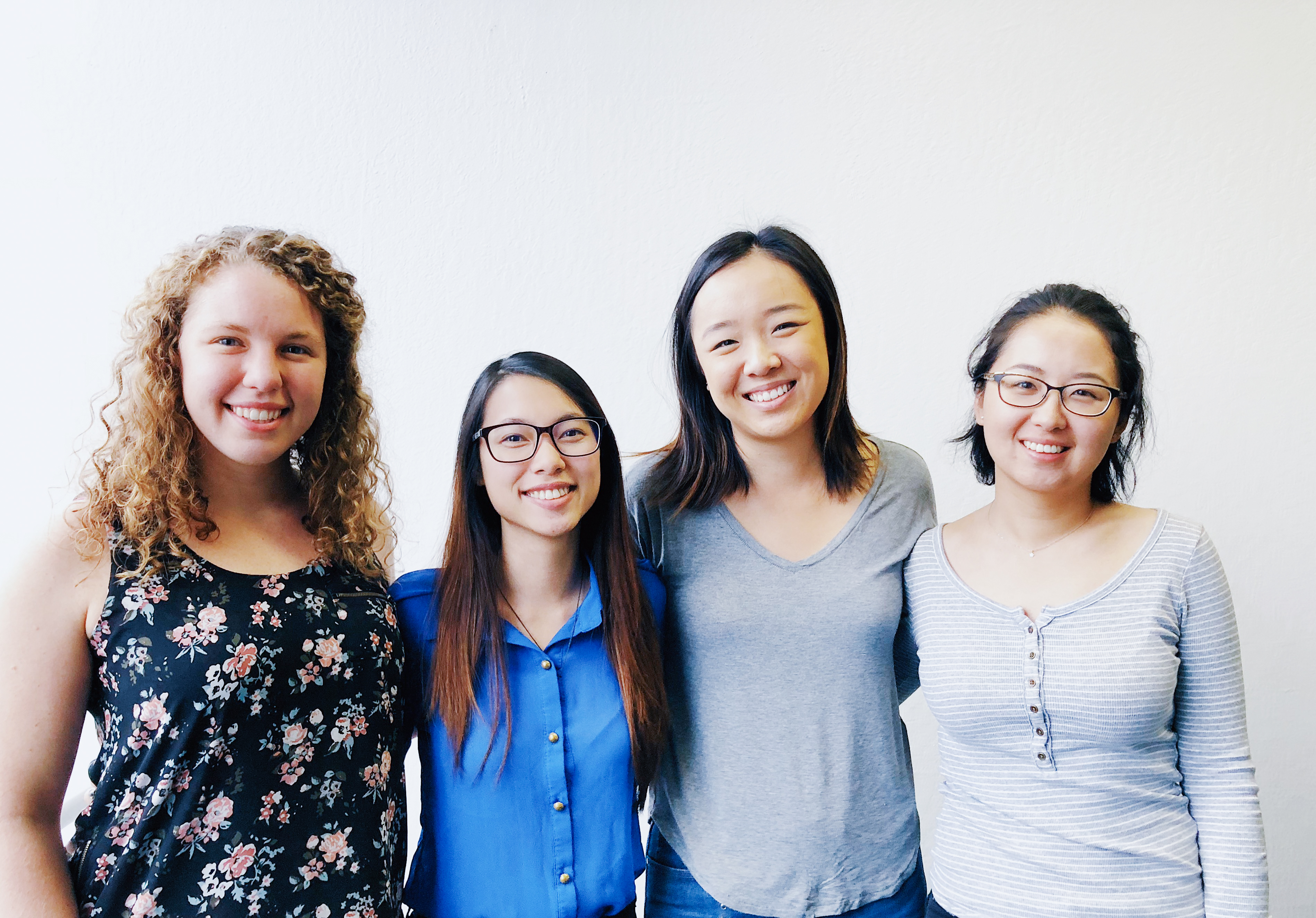 Alicia graduated from USC in 2017 with a BS in Computer Engineering and Computer Science. She’s originally from LA, where she was involved with developing software for local nonprofits and social enterprises through a student organization. In her free time she does art, yoga, and reading.

Brittney’s an East Coast transplant who graduated with a BS/MS from MIT in 2017. She taught an intro to programming class for high school girls before starting at Gusto. Her favorite podcast is “The Adventure Zone,” and she spends most of her free time trail running in the East Bay Hills.

Diane is a Bay Area native and graduated from Northwestern in 2017 with a BS/MS in Computer Science. While at Northwestern, she organized NU’s hackathon, WildHacks, as well as weekly instructional Hack Nights. Now, you can catch her cooking, doing yoga with Alicia, or buying coffee gadgets that she doesn’t need.

Lucy was born and raised in China. She went to Hong Kong for college, where she studied industrial engineering but fell in love with coding in one of the programming classes. After she graduated from college, she went to USC for graduate school to study Computer Science, which had always been her dream. Besides coding, she loves exploring different kinds of outdoor activities — skiing is her favorite now.

We joined Y Combinator in 2012 with the idea that we could change the way people think about payroll [https:

Folks interviewing at Gusto are often surprised to discover that Gusto chooses the Ruby on Rails [http://rubyonrails.org/] framework