Or, that time a single column update crashed our app 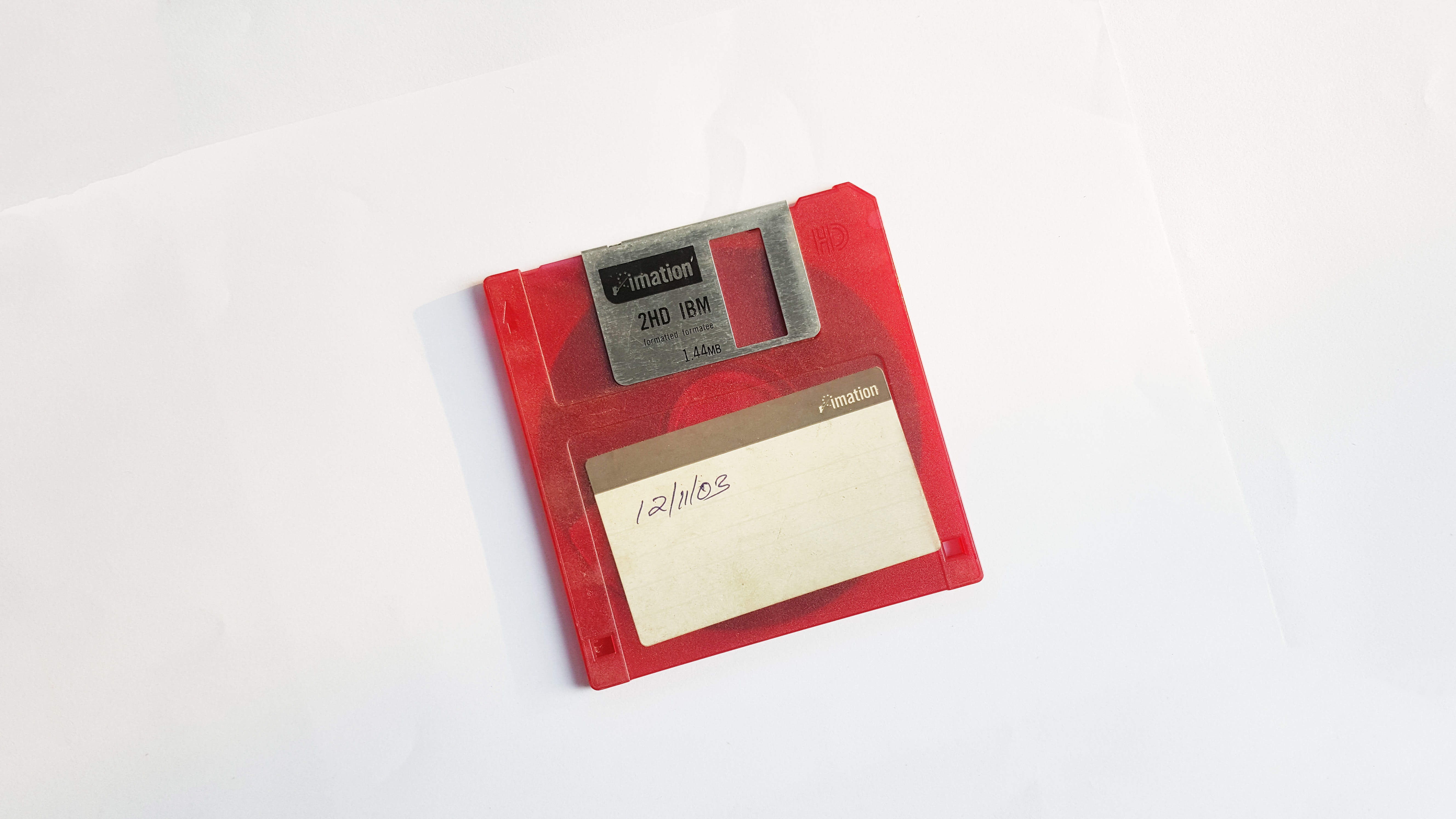 From an investigation into a larger incident, we discovered that a class of asynchronous job was using a huge amount of memory and taking down its container. I’ll call that class of job “DisasterJob.” We needed to reduce the memory this job needed to run, which meant figuring out what was causing the high memory usage in the first place.

All the info we had

This was everything I knew going into the investigation:

I didn’t know much beyond that, and neither did anyone else. The people who originally wrote and reviewed the code had either left the company or forgotten what they did 3 years prior.

Where to start? Repro!

Given that nobody knew what the code was actually doing, it was impossible to just make an educated guess around where the problem was coming from and try to fix it. I tried running the code in my local rails console to see if I could reproduce the issue:

Ok, so… it worked? But I had no clue what the memory usage was.

Time to use a profiler!

After a bit of Googling, I decided to use the memory_profiler gem. It was pretty straightforward to run.

The beginning of the output file named “my_report” looked like this: 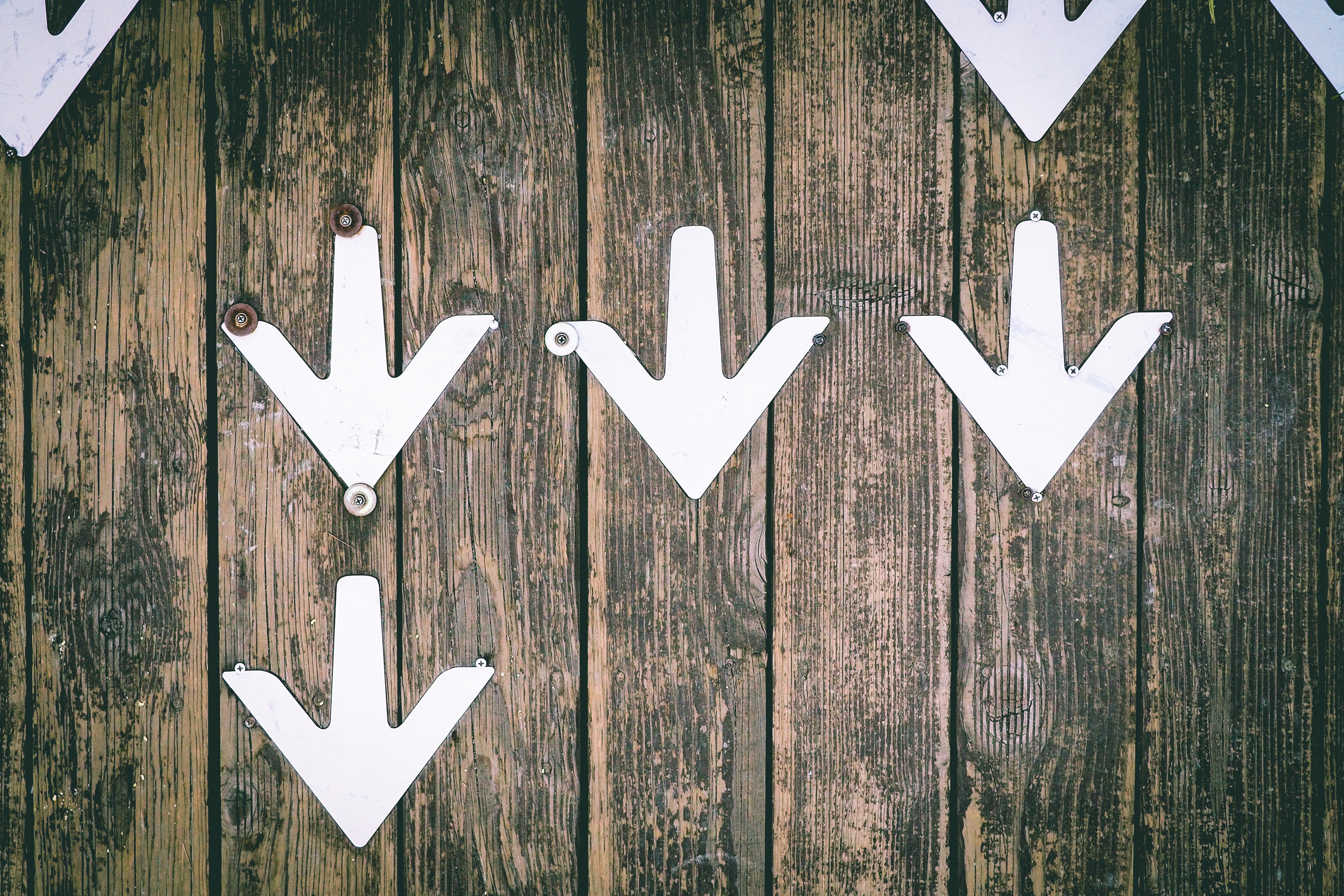 But how to make the numbers go down? 🤔

Again, I didn’t know much about how the guts of the code worked, and didn’t know if the memory usage listed was good or bad. In fact, I didn’t even know what category of memory usage the report listed was important! I decided to run the code over and over, with different parts commented out each time, and compare the first numbers I saw.

Then I started commenting out lines. I took the first few numbers the report gave me for a few runs and put them in a simple spreadsheet: 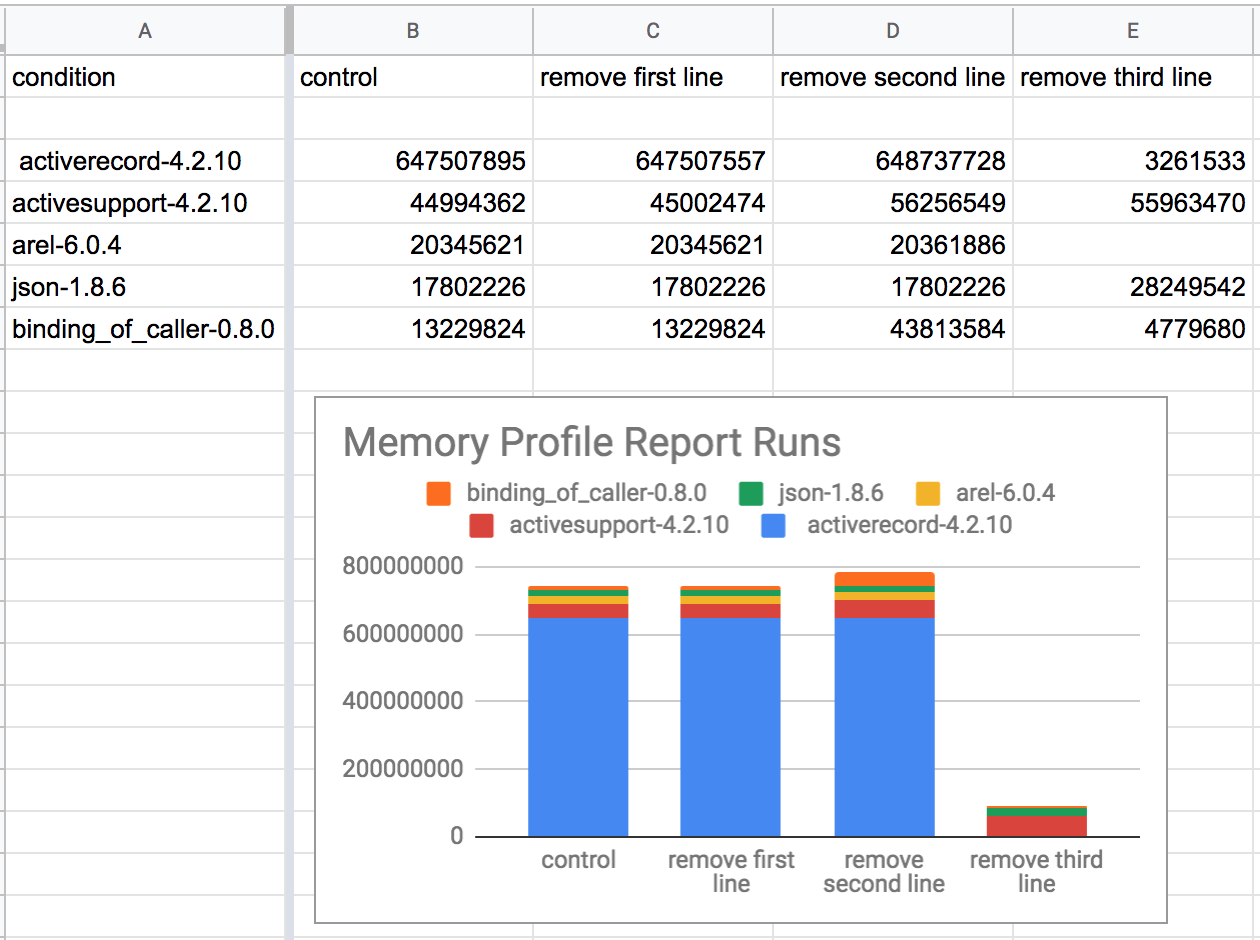 Inspecting further, I found that the third line was a method that called a few other methods itself, so I repeated this commenting-out-and-rerunning-the-profiler process. I tried to comment out half of a method at a time and then narrow or expand which lines were commented from there. In short, I was binary-searching DisasterJob’s codepath for low memory usage.

I was able to confirm that commenting out one single method call, which did not delegate to any other methods, dropped the “total allocated memory” volume from ~0.75gb to ~.15gb. In particular, it dropped ~0.6gb of activerecord usage to nearly nothing!

The culprit? A simple column update:

WHAT. Why is a single column update using that much memory?

I wondered the same thing, dear reader. After a few ~hours~ days of headbanging, I sleuthed out the true culprit: a before_save callback on the BenefitApplication model. 😱

It turned out that before saving that simple start date update, our code was running a method that made an extremely expensive query[1]. If you remember, DisasterJob’s purpose was to push the start date for BenefitApplications forward. The expensive query in the BenefitApplication model was being used to find data about health insurance plans on the new date. In the benefits industry, thousands of new benefits plans are introduced each calendar year. This meant that when BenefitApplications were pushed to a start date in a new calendar year, a lot of new data was added to the inefficient query. Each time we ran DisasterJob, all of the health insurance plans in our system were being grouped and analyzed, even if they had expired years ago.

I scoped down the data we were querying to a much smaller and more relevant subset before running calculations on it. I filtered out expired health insurance plans or plans that weren’t applicable to the company that was applying for benefits. This resulted in pulling a lot less data into memory.

Nice. Are you sure it worked?

Yup! With my code change, DisasterJob ran using ~.35gb of local memory instead of ~.75gb and still accomplished its task. Plus, when we re-enabled DisasterJob in the production environment, it ran without error.

Yay! But why didn’t DisasterJob have this problem any other time in its three year history?

Good question! It just so happened that the run of DisasterJob on this day caused an update to a lot of BenefitApplications, resulting in a particularly inefficient data query compared to any day before.

Cool! How should I use this info?

Get familiar with the memory profiler gem, and always think critically about your DB queries. I would even recommend running a few of your common codepaths and async jobs through a memory profiler and a speed profiler. You might find a way to make a huge improvement!

Understanding how to build Single Sign On (SSO) using the OAuth 2.0 framework with OpenID Connect may seem like a daunting task. This practical guide will show you how to build a secure SSO system.

7 Tips for Building a Startup Within a Startup

Introduction As the engineering lead on the Flexible Pay team, I often get asked by my colleagues, “What is it